The influence of Japanese culture can be seen in ceramicists around the world and in myriad ways, although sometimes they simply limit themselves to reproducing effects, shapes, glazes or decorations. This form of cultural appropriation does not reach the level of homage as it does not reflect the cultural aspects of Japanese pottery, which are precisely those that promote aesthetics, and not the other way around. But there are also artists who embrace the culture of Japan, trying not only to learn the techniques and styles, but also to deepen their meaning, to know the philosophy and ways of working.

Jeff Shapiro is one of these types of artists. Born in 1949 in the New York borough of the Bronx, in 1973 he moved to Japan, where he studied ceramics, working as an apprentice and employee in the workshops of various renowned ceramists. During those years he immersed himself into Japanese ceramic culture until, in 1981, he returned to the United States and settled, with his wife Hinako, in a small town north of New York city.

He commented on his return to the United States: «When I first came back from Japan, I believed that everything had to be done the traditional way: kick wheel, wood-fired kiln, yakishime (unglazed work at high temperature), and, of course, no engobes or glazes. This is what I studied and learned at Bizen. Now I allow myself to use any material, working technique and firing method that I think best serves the concept of the work I choose to do.»

Logically, the first thing he did when he built his home and workshop was to make his own «anagama» kiln, with which he could continue to make Bizen-style ceramics. This kiln was sometimes fired up to four times a year. To be clear, each firing can involve an entire month of work: a week of loading, a week of firing, a week of cooling and a final week to unload the kiln and clean the pieces. And that’s just for the firing, as the pots must be made first! 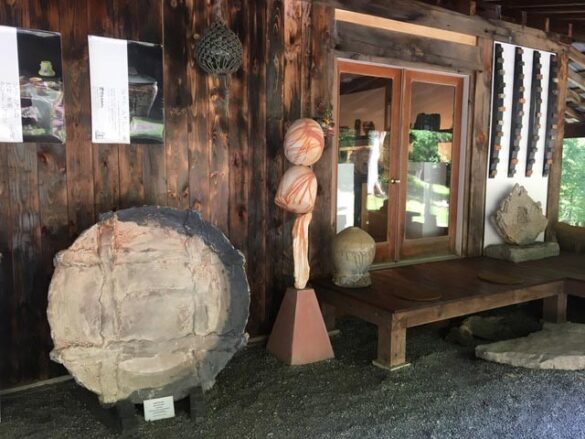 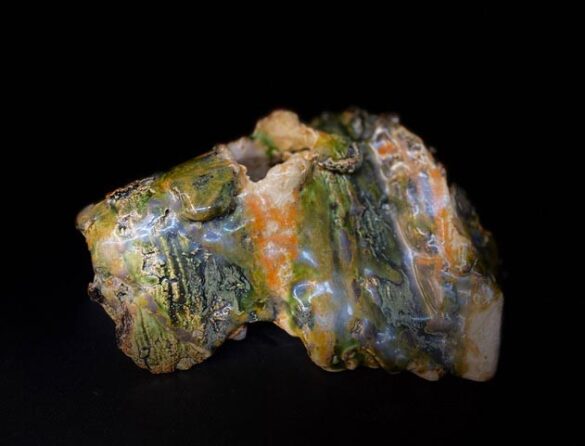 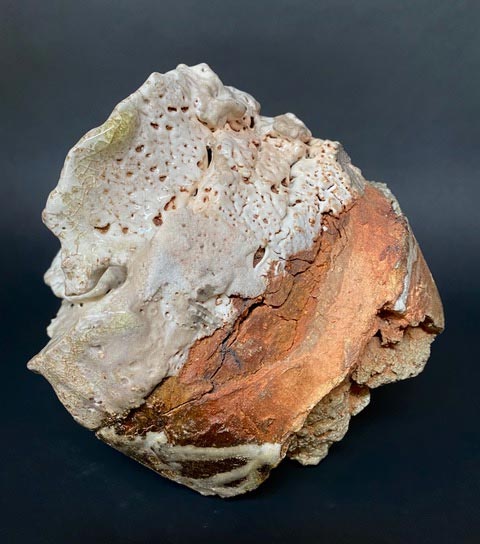 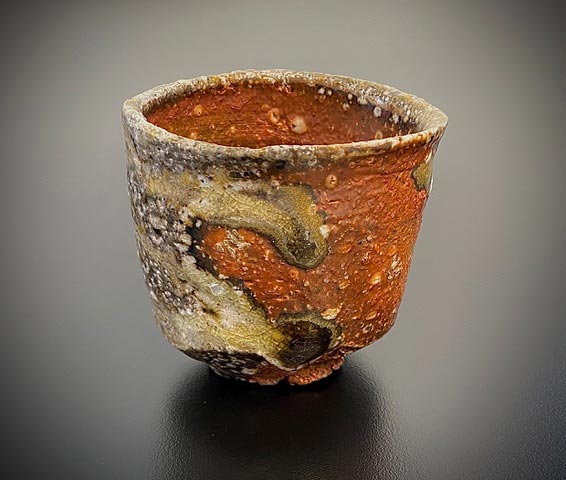 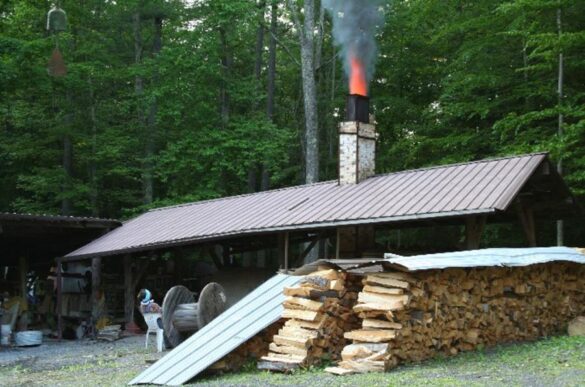 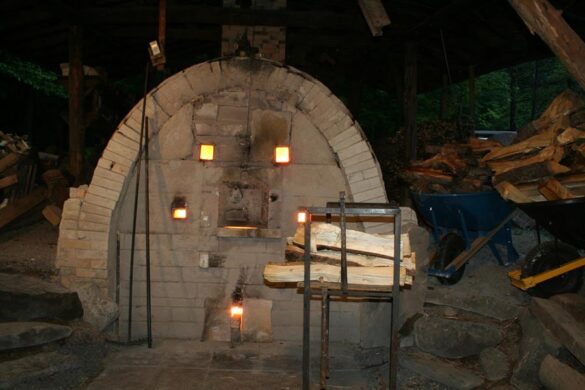 Over the years, Jeff Shapiro has become one of the most respected American potters, and one of the leading figures in the rise of wood-fired kilns in the United States. The control and interaction (one might almost say synergy) that he has developed with his kiln make his ceramic work both controlled and innovative. Beyond the traditions learned and assimilated in Japan, Shapiro has acquired the confidence that allows him to transform concepts and move beyond techniques.

In the series entitled «Waterfalls and Icy Landscapes», which he presented at the New York gallery Mirviss in early 2021, Shapiro seeks to connect with nature; an attempt to evoke, through the use of glazes (especially the «oribes»), as well as with the clay bodies and the firing effects, the sensations of natural beauty, of water, rocks and icy landscapes. This search comes directly from his Japanese training, as he himself comments in the catalog of this exhibition: «to understand that beauty exists in imperfections, like a twisted branch or a decaying persimmon leaf.»

Jeff Shapiro has been able to gather all elements of the Eastern ceramic traditions and reinterpret it with the vision of a Western artist, masterfully avoiding becoming a ceramist who simply imitates a specific aesthetic. The influence of Japanese philosophy and tradition is evident, but so too is the artist’s own personality, making his work universal.

Wladimir Vivas is a ceramicist, writer and publisher, Director of Infoceramica.com, co-Director of Revista Cerámica and Woodfiring.net and a member of the International Academy of Ceramics (IAC)

Images: Rennio Maifredi. (@JoanBMirvissLTD.)
Woodfiring.com thanks the Joan B Mirviss LTD for their collaboration in the preparation of this article.

Nikolaus Steindlmüller: why I fire ceramics with wood?

The new online magazine for the woodfiring community

We want to offer you the latest information about potters’ stories, kilns, techniques and anything else that might be of interest to the woodfiring community.