There are many reasons why potters fire with wood, but it is as much an ethical decision as an aesthetic one for me. I committed myself to a lifelong career as a potter from age 14, working part time in potteries while pursuing a full time education in ceramics, learning to fire in a variety of electric, gas, oil and wood kilns. In my final year of university the issue of climate change first arose at the Australian National Potters Conference in Melbourne in 1985. I was shocked to discover that human activity was affecting the global climate, and that the effects could become catastrophic within just one or two generations! As a potter making vessels which potentially last for hundreds if not thousands of years, what unforgivable irony would it be if the pollution from my making process meant that those vessels would outlast humanity? I have since striven to eliminate fossil fuels from my life, which meant that firstly that I needed to find a way of firing pots with renewable energy.

Fossil fuels add carbon to the atmosphere which hasn’t been there since before our species evolved. Carbon from wood, however, is sequestered from the air by trees during this era. As long as the amount of trees growing equals or exceeds the amount being burnt there should be no carbon footprint from the firing process!

Of course, traditional wood kilns are notoriously labour and resource intensive, and hardly a one man job! The five chamber Noborigama at Shimaoka Tatsuzo’s pottery, where I did my apprenticeship in Mashiko in 1991, took three days and ten tonnes of red pine to fire, and the labour of at least nine people. Other potters I know have Anagama kilns which fire for a week and require twenty-five tonnes of wood!  There are effects which are achieved with these firings which justify the process, but sustainability is difficult, whether in terms of environmental factors, financial cost or man power.

So in 1994, when I finally had my own pottery in Mashiko, I spent a year developing a fast fire wood kiln which was big enough for a professional pottery studio practice, but practical for one person to fire in one day.

At one cubic meter stacking space it will hold about 400 Coffee Mugs or Yunomi sized pots, and uses 400kg of wood to fire from raw to cone 12 in 14 hours. This efficiency makes it practical for me to fire, economically and physically, but also reduces my carbon footprint. This does not equal sustainability, however, unless an equivalent amount of trees is being planted to offset the amount being burnt.

The town in which I now live, Minakami in Gunma Prefecture, Japan, is a Unesco Biosphere Reserve. We are striving to become a model for how human society can interact sustainably with the natural environment. The Akaya Project here is working to restore the natural forest habitat to encourage biodiversity. Its focus is the Inuwashi eagle, the largest eagle in Japan, which is an endangered species.

To ensure the survival of the species, the natural habitat needs to be returned to its original state, which includes removing conifer plantations and replacing them with forests of the local native deciduous varieties. Deciduous trees provide acorns and nuts which feed the other species of wildlife which the eagles depend upon for prey. 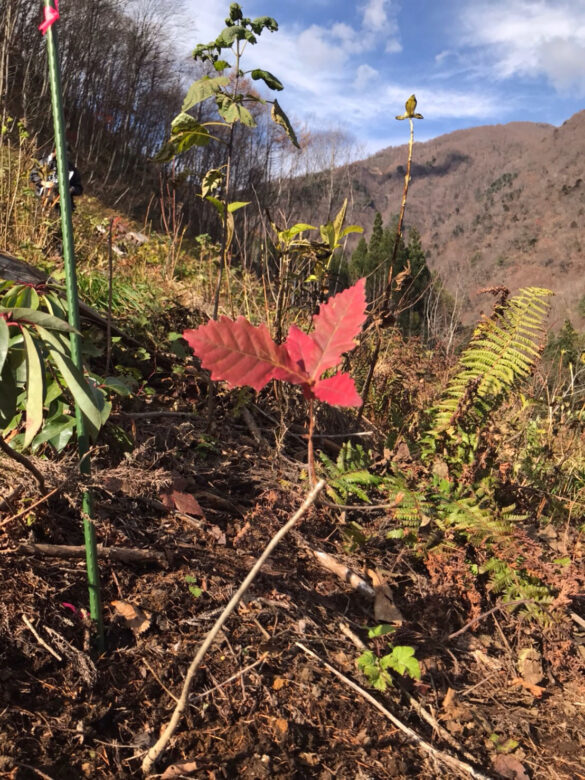 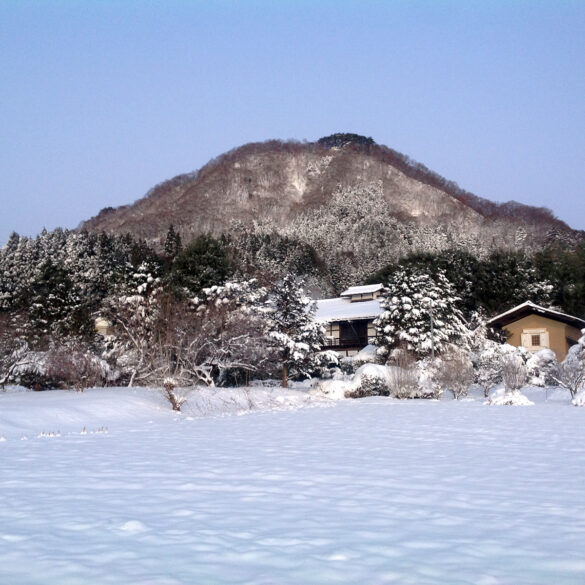 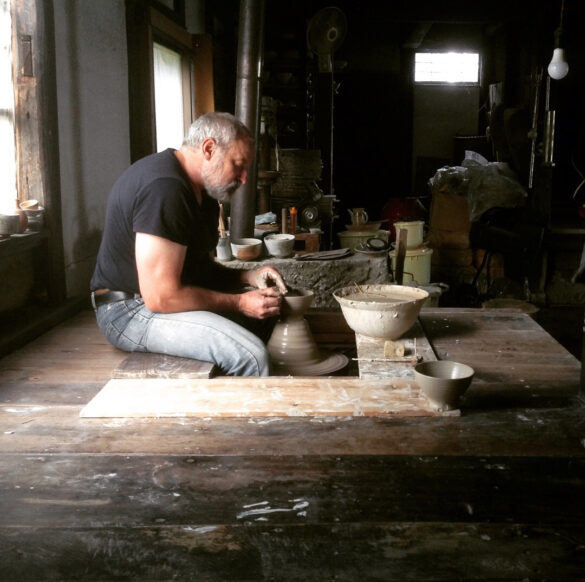 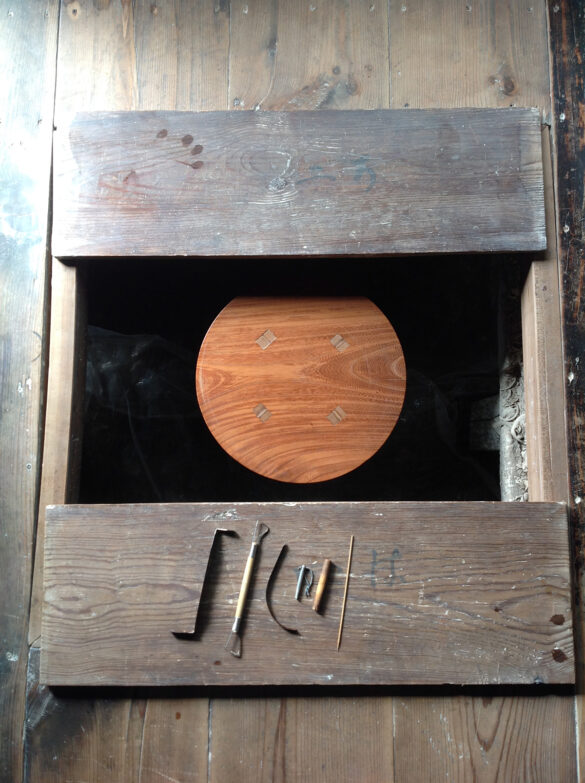 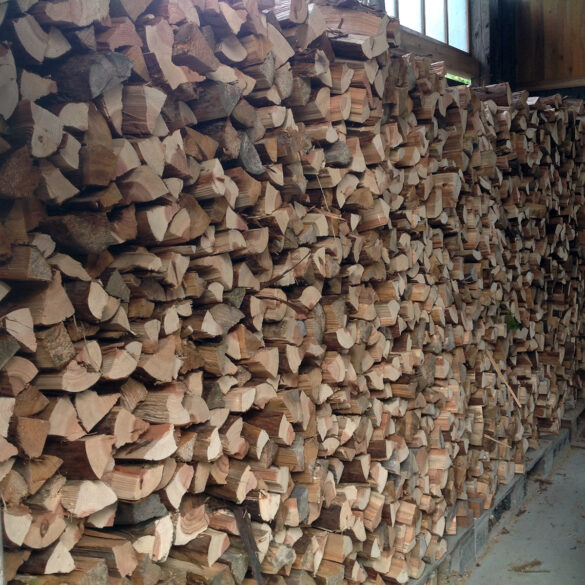 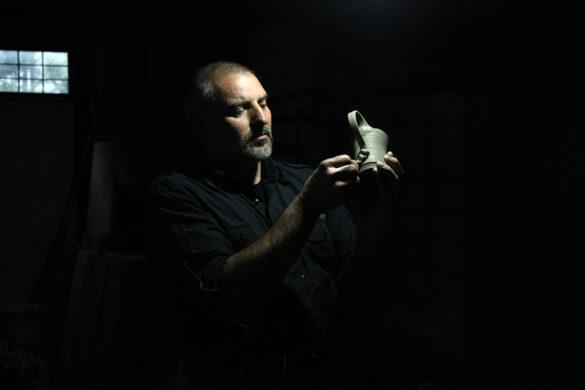 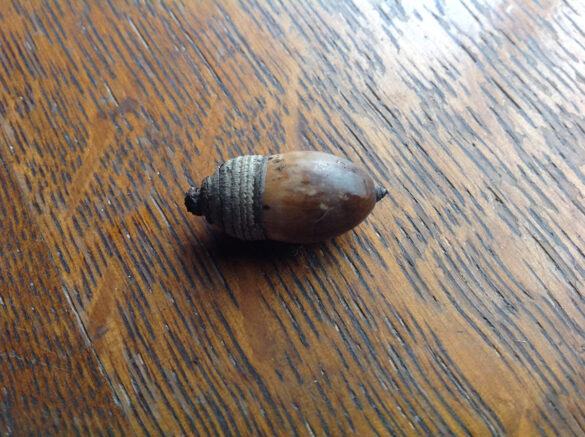 The plantations are being harvested as part of the Japanese Environment Department’s «Yama sato kawa umi» (Mountain Village River Sea) project, and the fire wood which I use in my kiln and home is provided by a local certified member of this project. It is also tested for radioactive materials from the fallout of the Fukushima nuclear disaster, so that the Forestry Department can create a detailed map of contamination, and in my area there is no detectable pollution. This is not true for all parts of Japan, but that is another story…

Locally grown native seedlings are being planted to replace the harvested conifer plantations, with the support of the Nature Conservation Society of Japan. My family and I are volunteers assisting with the replanting.

People from around Japan can sponsor the project, allowing those from urban areas to be involved in supporting the natural environment. This project gives me the opportunity to complete the cycle, replanting the forest which provides the fuel for my kiln and my home. As a potter, I feel the importance of taking responsibility for the consequences of my making process, and of encouraging others in my profession to adopt sustainable work practices. And though it may seem to be a small and insignificant action when viewed in isolation, it is another step towards a carbon neutral future, carbon drawdown and sustainability, and it is a road that we must all walk together.

Euan Craig. Having discovered pottery at the age of 14, I later gained a BA in ceramics design at Latrobe University. For four years I ran Castle Donnington Pottery in Swan Hill before coming to the traditional pottery town of Mashiko, Japan,in 1990. I apprenticed to the National Living Treasure, Tatsuzo Shimaoka.

Text and photos: @Euan Craig – Total or partial reproduction by any medium is prohibited unless expressly authorised in writing.

Nikolaus Steindlmüller: why I fire ceramics with wood?

The new online magazine for the woodfiring community

We want to offer you the latest information about potters’ stories, kilns, techniques and anything else that might be of interest to the woodfiring community.